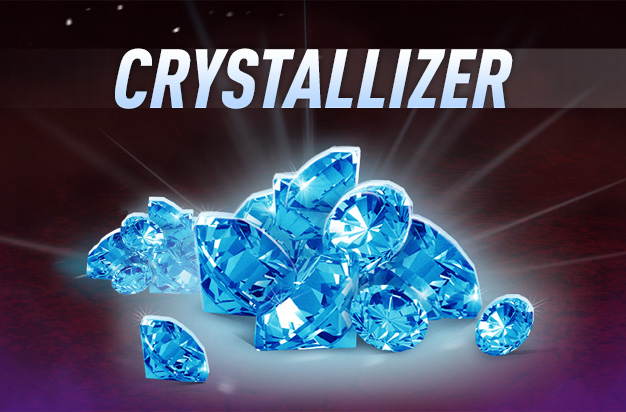 The Iron Days are coming up with its sackful of discounts, bundles, double funds, special events, decorations and much, much more!

During the Iron Days event, participate in the Crystallizer Contest and win exciting prizes!

To participate, get the biggest chunk of fund in a matchmaking battle and take a screenshot of the battle results screen (full-screen with your nickname visible in the game interface, system date and time stamp*) and send it to us!

* — Screenshots from the mobile version of the game are accepted without system date and time stamp.

This time we will hold the contest in three categories based upon ranks:

Upload your screenshot to any image hosting (e.g. imgur.com or prnt.sc)  (https://help.tankionline.com/knowledge-bases/7/articles/2315-how-to-upload-an-image) and send it to us via this form.

In the form, you need to enter a link to the screenshot, the number of earned crystals including bonuses (if there are any), and choose your rank category.

We will choose 5 winners who have earned the most crystals in each rank category, and will award them with the following prizes:

We’ll also be having a giveaway** where you will have a chance to win one of the following cool prizes:

Results will be announced on March 1st, during the day.

The participants of this contest are also subjected to follow and comply with the game’s EULA and General Contest Terms and Conditions.