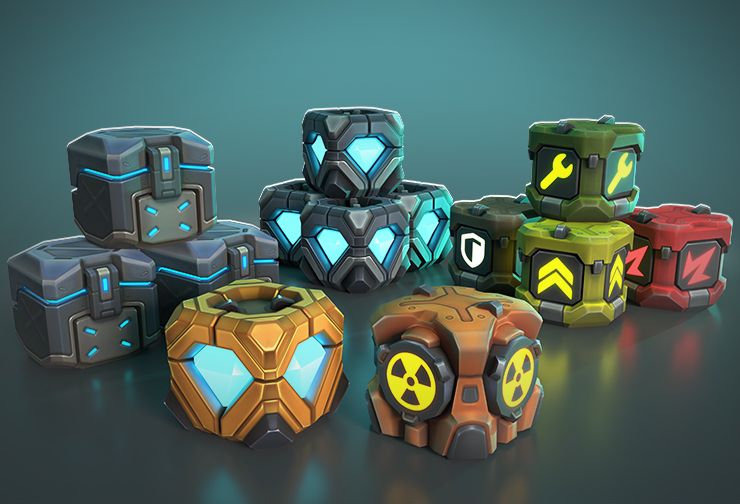 We continue updating graphics in the game, and in addition to updating the interface and the Sandbox Remastered map, we decided to update supply bonus boxes!

Our art department has reviewed the appearance of these boxes in the game and the parachutes used to deliver them. The new design is supposed to fit the future look of the game when all maps have been redesigned in the same style as the new Sandbox, and all equipment have been given their HD skins.

In addition to the visuals, we are also changing the sounds of bonus boxes.

This design update includes changes to the color contrast of the boxes, as well as their shape. It will now be easier for you to figure out the type of bonus box that is falling.

Instead of the usual parachutes, special cargo drones will now deliver bonus boxes, crystal boxes, gold boxes, and containers. You can check them out in this episode of the V-LOG.

Enter the game tomorrow to check out these changes!

NB: as yet we have not provided for the possibility of standing on drones 😉