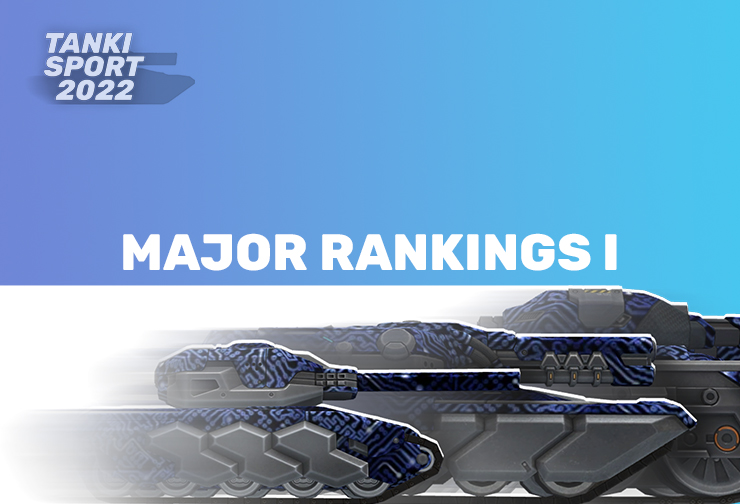 It’s time to announce the first eSports tournament of this year!

In 2022, we set ourselves the goal of making eSports more interesting and accessible for everyone. If you’ve never tried participating in tournaments before, now is your time!

The most important change is that eSports has become available to almost every player. Recently, a new Sport format has appeared in the game, in which all players will share the turret Mark level – now you can participate in PRO battles even at the lowest ranks. A weak garage or low rank is no longer an obstacle to joining the eSports arena.

Another important change is that it has become much easier to find a team: the number of players required has been reduced to 7. We are sure that almost every tanker has many more nicknames on their friends list than the required number of players in a team, but even if there is no one to invite, do not be upset. We have updated our eSports website and added a dedicated section where teams can recruit players and players can search for teams.

Additionally, we’ve increased the eSports prize pool. This Friday, on January 21, we’lll be opening the registration for the first ratings tournament. It will last for exactly a month, and teams will be competing for a prize pool consisting of 96,000 Tankoins, 88 million Crystals and 4735 Containers, as well as rating points that are required for the participation in the Major tournament. Its prize pool is on another level.

In the Major tournament, teams will fight not only for in-game items, but also for real money. The exact sum of money will be announced closer to the start of the tournament, but you can rest assured that it will be in the range of 300,000 rubles. For the duration of the Major tournament, we’ll also be launching the Tanki Fund where 10% of the Tankoins in the fund will be distributed among the TOP-8 teams. Add that to another 113 million crystals and 7140 containers — that’s a prize pool anyone would fight for!

First qualifying of the tournament

So today we announce the first qualifying stage of the tournament, which is held according to the new rules:

128 teams will take part in the tournament. You can apply here. Don’t be discouraged if you don’t make it in time – just a week after the end of the first qualifying tournament, the second one will begin.

Go to the eSports portal, gather a team, read the rules, register and get ready for the first rating tournament! And if you have any questions, visit our eSports Discord server, our eSports team will be glad to help you!

See you on the battlefield and on the eSports live streams!