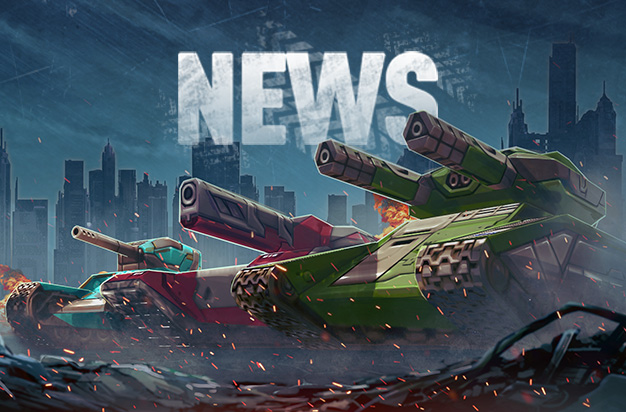 With the servers restart on April 30th an update will be released.
In this update, we will change the names and characteristics of supplies and drones as well as adding new augments.

The first types of supplies appeared at the very beginning of the game – in 2009.

They were very different from the current ones both in the way that they work and how they look. Nowadays, supplies help you to boost your tank, repair it, and allow your drones to work.

Just one problem remains – you often complain that the game is too dependent on supplies. We have decided to change the parameters of two types of supplies – “Double Armor” and “Double Damage”.

Thus, for low ranks “Double Damage” and “Double Armor” will become weaker, which means that personal skills will be more important in a battle. By ranking up and upgrading drones, you gradually return the «Double Armor» and «Double Damage» effect to its previous form.

Nowadays, drones have a passive bonus, increasing your armor and damage parameters.

With this update, instead of the previous passive bonus, drones will give you a bonus to boosted armor and boosted damage supplies.

If your drone is fully upgraded, you get double armor and double damage when boosted armor and boosted damage supplies are activated.

As for the «Brutus» drone that is currently giving this bonus, it will stop using batteries.

Check out other changes in the parameters of drones here.

How the numbers are going to change:

As these supplies are not always doubling numbers we have renamed them to «Boosted Armor» and «Boosted Damage».

A novelty for Isida — the legendary augment giving you the new-old way of playing with this turret:

It will be impossible to effectively heal allies with this augment, but it becomes possible to heal yourself! Healing efficiency is low, but it will be possible to survive a moment longer in a close combat fight and win. Critical damage is removed.

You can get the new augment out of Ultra Containers which will be available in the Shop during May Holiday Celebrations.

Good luck on the battlefield!