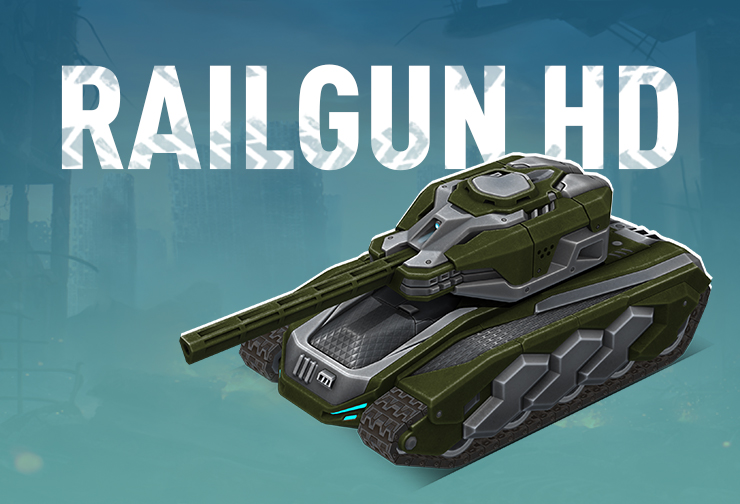 We’re continuing to modernize the looks of our default skins!

This time, Railgun – a classic turret, the choice of professionals, and a legendary eSports icon – is next in line to receive a makeover. Yes, that’s true.

This new skin, like all of the HD skins, will keep the original look, but also receive new innovative technologies.

Railgun’s looks stronger, more brutal and more powerful with its new model. You can feel the power of every shot, every charge, its unstoppable shot.

Additionally, the remodeled skin will get some special effects, such as barrel recoil and the iconic smoke effect after the shot. However, there will be no sleeves and no projectiles since Railgun has no sleeves and the shot moves too fast to even see.

As previously mentioned, you will not need to buy the new HD skin. It will just replace the old skin with the server restart on the 19th of February by default.

As we already said in the previous episode of the V-LOG, there will be two new augments released with the new skin:

You will be able to get new augments from the updated Ultra Containers, which will appear in the game with the Iron Days celebrations.

Enter the game and check out the updated Railgun model!