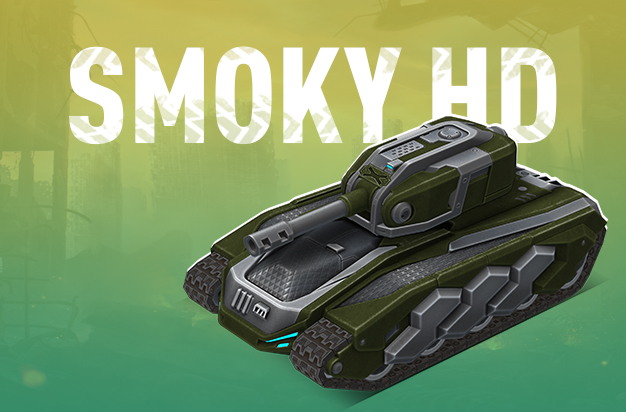 We’ve got our eyes on the new stage of Tanki’s evolution. Some time ago, we told you that the game will get a new look.

The upgraded skin Smoky HD will not only give to your tank an innovative design but also add magnificent special effects to your turret: barrel rollback, after shot smoke, a flying projectile, a new shot effect, and the release of casings. All this looks very spectacular alongside the Viking’s Overdrive or the “Autocannon” augment for Smoky, which greatly increases the firing rate.

If you’re wondering how to get the new skin, well, we have good news. You don’t need to buy Smoky HD. Actually, you won’t need to do anything to get it. On January 29th, we will simply replace the current default Smoky’s skin with the new HD one. Default skins were needing an update for a long time and that’s why we decided to make HD skins.

The remastered skin is cool, but we also paid attention to how the turret works and have brought a surprise new release. In addition to remastering Smoky’s skin textures, it will also get projectiles like Gauss, Thunder and Vulcan have and we are also changing some of its augments and adding a few new ones. Let’s take a look at our hot new additions:

For now, these new augments can only be obtained from Ultra Containers, so that’s why the upcoming Ultra Weekend will be most welcome.

Read about the changes of Smoky’s characteristics and its augments here.

Enter the game after servers restart on Friday (January 28th) and check out the glow up of Smoky!