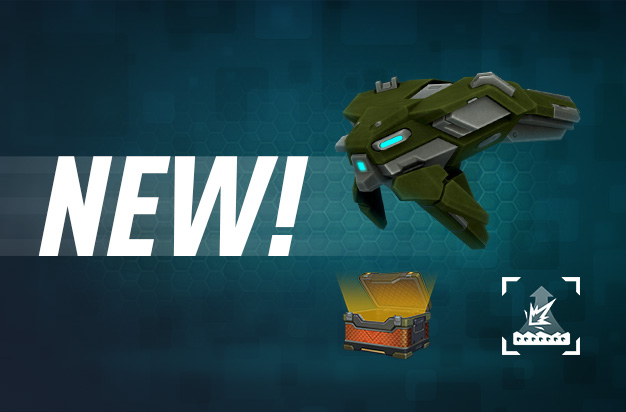 For 11 days of the celebration of the «Tanki Online» birthday, from 01:00 UTC June 4th till 01:00 UTC June 15th, we will be selling special holiday Ultra Containers in the store.

This time we will add some new content to them:

IMPORTANT: All of these items can only be obtained only from Ultra Containers bought after June 4th at 02:00 UTC, and before June 15th at 02:00 UTC.

Let’s take a closer look at the new stuff!

The new «Crisis» drone is able to significantly increase the effect of one supply by disabling the rest of them. When you activate a Double Armour, Double Damage or Speed Boost (you pick up a drop box), the drone switches the gain mode to this supply, and deactivates the other two, additionally instantly reloading them. Meanwhile, the drone uses more supplies than usual, but the effect of the activated one becomes much higher. 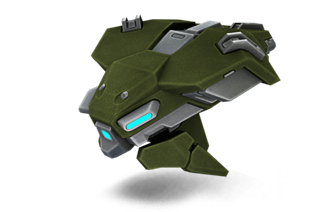 The «Crisis» drone does not have a reload time, i.e. it’s effect works permanently. It consumes only the supply that the player activates at that moment. You can activate another supply while the effect of the previous one is still on.

If you pick up a drop box, the effect of the corresponding supply is extended. You can use the Repair Kit and mines as usual, because the dependent cooldown does not apply to them.

Of course, at first you will need to get used to the inability to use all types of supplies at the same time. But with the «Crisis» drone, you can choose what supply you need more at a certain moment, adapting to the current battle mission, whether you are capturing the flag, defending a point or need to quickly destroy an enemy. Effectively you are gaining the maximum benefit from the supply.

Generally speaking, the «Crisis» drone is an interesting, but rare thing. It can not be bought neither for crystals, nor for tankoins. You will be able to get it exclusively from ultra containers during different special events.

The new «Adrenaline» augment increases a turret’s damage in proportion to a decrease in the tank’s health. The more your tank is damaged, the higher your turret’s damage gets. So if you are almost dying, you can still knock out an enemy tank from a turret energized with Adrenaline!

The new augment will attract those tankers who prefer the usual gameplay to modified and remade turrets. This new augment gives only additional damage to the turret – the gameplay remains almost unchanged.

Every turret has its own “Adrenaline” augment although it needs to be obtained separately for each one.

How do you get it? At the moment, you can obtain it from Ultra Containers only. Later you will be able to buy it for crystals in the Garage.

Selling skins as a part of the kits

After tomorrow’s restart, there will be one more reason to check out the showcase. We will add new kits which, in addition to skins, will include shot effects and augments for the turrets, as well rare or legendary paints for the hulls.

The kits are updated every 12 hours. Do not miss the amazing offers!

Log into the game, open the special ultra containers, and maybe you will become one of the first owners of a new drone and augments!