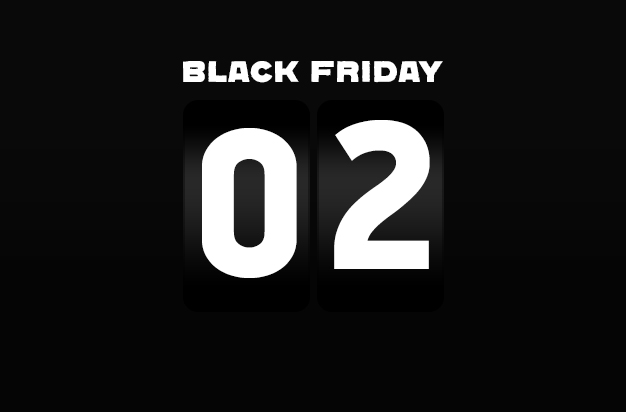 This Friday 29th November, the world celebrates Black Friday with a ton of discounts, special offers and other goodies. And of course, we’ve prepared our fair share of cool stuff that you can look forward to.

Let’s get straight to the point.

Get it all this Friday, November 29th.

Black Friday is just a few days away. And since this day is all about deals, we’ve prepared a great value Bundle for you to snatch.

This Bundle will be available for 24 hrs only during our Black Friday event on Friday, November 29th. Check out the official news (coming soon) for the full details.

By the way, in case you’ve missed the previous posts, we’re also releasing Viking Thunder Prime and a brand new Drone on that day. And of course, we’ll be having some hot discounts (more about that in tomorrow’s announcement).

Keep watching the homepage to stay up to date!

Are you missing any XT Skins? If so, you’re in luck, because this Black Friday (November 29th), you’ll be able to purchase XT Containers.

Opening an XT Container will drop a random XT Skin from those that are NOT in your collection, so don’t worry, you won’t get any duplicates.

Did you know that a new Drone is in the works? It’s codenamed Hyperion and you can learn everything about it in episode 229 of the V-LOG.

This little sack of nuts and bolts is gonna be a game-changer and it’s gonna be launched into the game on November 29th, together with our Black Friday event.

Plus, we’ve got some other great stuff coming too, including some massive discounts as tradition requires.

Keep your eye on the news for further details!

In the last VLOG, we showed you the new Viking and Thunder Prime skins — the cool ones with new effects and animations (see it in action here).

The great news is that for during the Black Friday event ONLY, you will be able to BUY these two Prime Skins.

And if you already own Viking or Thunder Prime from one of our challenges, it will automatically be updated to the new skin. You won’t need to lift a finger!

There are other ways to get Viking Thunder Prime and it’s all explained in V-LOG 229. You can even hope for them to drop from a container.

So, it’s up to you how you wanna get hold of the new Viking Thunder Prime. All we can say is, it’s definitely worth getting!

By the way, we’ve got a ton more stuff coming, including some of the best discounts you’ve seen in a while. Keep your eyes on the news!