TL;DR: Support one of two factions —Women or Men— and fight to win one of nine cool animated paints! Details below.

March 2019 brings with it the first ever themed-Challenge — The Gender WAR.

The WAR will be between two factions — Women and Men. Pick which side to fight on and help carry it to victory.

The prize is your choice of one of nine cool animated paints: 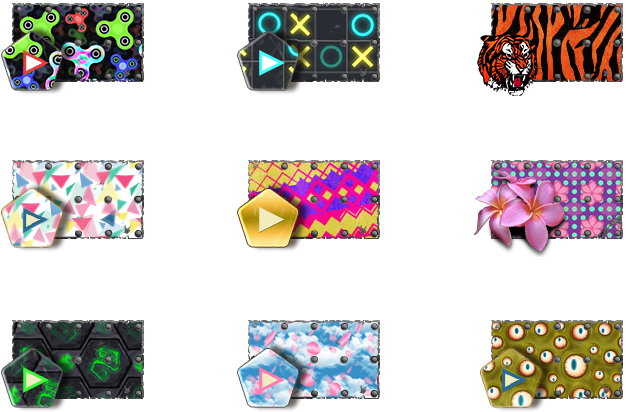 How to participate in the Gender WAR

The Gender WAR is tied to the monthly Challenge.

Participation in the Gender WAR is optional. If you choose to join, the Stars you earn from battles will count for your Challenge AND for the Gender WAR.

To participate, you need to buy one of two themed paints in the garage:

You’ll be able to purchase either of these paints from your Garage starting from February 20.

Once the WAR kicks off, any Stars you earn in the March Challenge will also count towards your faction’s score.

IMPORTANT information about the Paints

You may only purchase ONE of the two paints.

As soon as you purchase one paint, the other will become unavailable for you to purchase. Choose carefully, because your choice CANNOT be changed.

These paints are temporary. They will only be in the game only for the duration of the event.

With the morning restart at 02:00 UTC on March 2, they will disappear from sale.

At the end of the Gender WAR at 02:00 UTC on March 28, the Lady and Gentleman paints will be removed from all garages.

How the Gender WAR works

So, how will the outcome of the WAR be decided?

In the interest of fairness, we’ll be comparing the average number of stars per player in each faction, not the total.

This gives us an average of 300 stars for the Men’s faction.

The winning faction will be the one with the highest average number of Stars.

You’ll be able to follow the score for both factions on a special website starting from March 2.

There are nine animated paints to choose from.

While the Gender WAR is ongoing, you’ll be able to log into the special Gender WAR site by using your ingame nickname and password, and choose which paint you would like to receive if your faction wins.

However, only players who have scored equal to or more than their faction’s average will get the paint. So make sure you don’t fall behind! Fight hard, carry your faction to victory and claim your chosen animated paint.

IMPORTANT: The paint will be awarded to the account that you use to sign into the special site. Rewards cannot be transferred.

Once again, here are the nine animated paints that will be available for you to choose from:

Let’s look at some of the most common questions.

Why just an animated paint as a prize? What about containers, skins and all that?

All of those things will be in the March Challenge – containers, paints, shot effects, and even a new skin. The Gender War is an additional event that ties into the Challenge. When you earn Stars, you’ll be getting prizes from the Challenge. But those same stars will also be used for the War.

And how will prizes be issued? Will you contact everyone?

Of course not. With the start of the event, we will launch the “Gender War” special site, where you’ll be able to monitor the scores for each faction.

To choose your reward, you’ll need to log into this site with your Tanki username and password. ATTENTION: It MUST be the same account where you bought the paint and will be earning your stars.

Every participant should do this. BUT… only those tankers who have contributed the most to their team’s victory, will receive the prize.

The announcement says “Only players who have scored equal to or more than their faction’s average will get the paint.” What does that mean?

On the “Gender War” site, you’ll be able to see the average number of Stars earned by all team members. Your personal score can be found in the usual place in the game’s interface, as always. Let’s say your faction wins the War with an average of 198 Stars, and your personal score is 217 Stars. This means you’ll be getting your chosen animated paint.

So, I buy the War paint for 5000 crystals. At the end of the event, you’ll remove it from my Garage. Will my crystals be refunded?

No. When you buy the paint, it’s like buying a ticket to participate in the “Gender War.” If your side wins, you’ll be getting an extra prize on top of your Challenge rewards. If your team isn’t triumphant… well… you might want to try harder next time.

Do I need to keep my War paint equipped throughout the war?

No. You just need to buy it.

On the other hand, if buy it and never use it, knowing that it will disappear… where’s the fun in that?

Which paint should I choose?

It’s really up to you. You could get the opinions of other players or watch reviews on Youtube. But in the end, it’s probably best to do what feels right.