With server restart 02:00 UTC on September 25th new maps will be added to Matchmaking, a new skin “Ricochet XT” will be released, and turret balance for Ricochet, Magnum and Striker will be updated.

Tomorrow already the list of Matchmaking maps will be updated with the following arenas — remakes of the base versions, available in PRO:

New versions of the maps will also be added to PRO-battles.

After server restart September 25th this skin will be added for purchase in the Shop, and it will also be added to containers. At the same time the previous special offer with Freeze XT will be removed from the Shop. If you didn’t purchase the offer yet — there’s still time!

Ricochet XT is styled after crocodile’s maw. Sharp hard teeth will make your enemies think many time over, before attacking.

Can’t wait to check the skin out? Then uncover the terror below! 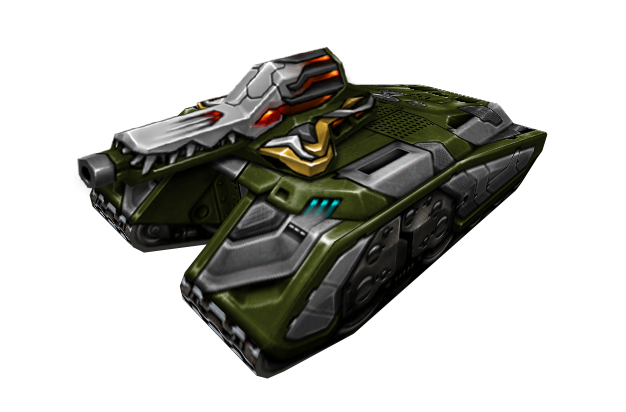 The charging speed and the energy capacity used up with every shot were decreased. This means, that the energy used for the shot will be replenished slower, but there will be more shots per each energy tank. Also, the maximum shot distance was decreased, to not make the turret overpowered at longer ranges. We remind you, that Ricochet is supposed to be short range.

The reload speed after the shot and the time of charging the power of the shot are now tied* to each other. If you’re firing without a full charge up, then the time you would use to charge the shot to 100% will added to the reload time. This change is designed to make the turret less effective at close range. In addition to the change, splash damage parameters are changed in such a way, that hitting a tank with splash damage won’t be as effective as a direct hit. Aim!

*Changes to the reload mechanic for Magnum will appear in the game a day later, than the main release — with server restart 02:00 UTC September 26th.

Splash damage effectiveness was increased — when the rocket blows up near the tank it will now deal more damage.

The full list of changes will be posted in Patch Notes.

Launch the game on September 25th and share your impressions about the update here!