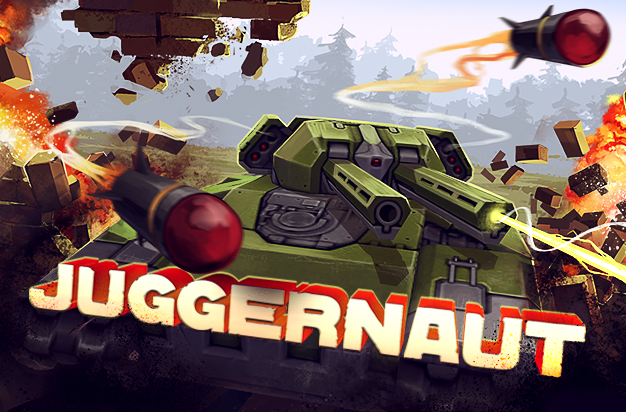 Tomorrow already, with the morning restart 02:00 UTC on July 20th a new game mode will be added to Tanki, and you’ve heard about this one for a long time — it’s Juggernaut!

Unlike Assault and Rugby, which were added to the game not long ago, Juggernaut is an individual mode, where everyone fights for themselves and to become the Juggernaut.

How to play in the new mode

Juggernaut is similar to DM, but with a challenge — to find, destroy and become the most powerful tank for as long as possible.

The goal of the mode is simple — one tanker controls a unique tank “Juggernaut”, and the role of Juggernaut will be given to a random player at the start of the battle. The player that destroys Juggernaut takes over the control of super tank, and so on.

In the new mode players receive score for kills, same as DM. The player that destroys the most tanks will win. Please be aware, that you can and you need to destroy any tanks, not only Juggernaut.

“Juggernaut” mode will be available only in Matchmaking (non-PRO0 battles for players of the Sergeant rank and higher. A new game mode button will be added to the Lobby, taking you directly to battles in the new mode. Battles in Juggernaut mode will have a shortened name of JGR.

Juggernaut tank is incredibly powerful: its turret is a double-barreled Railgun, combined with a Striker launcher, and its hull is unbelievably tough with a speed of a light hull.

Pressing on a fire button in short succession will shoot from both Railguns one after another. If you hold the fire button, you will see a laser targeting marker, and upon capturing targets in the laser targeting system, Juggernaut will launch several guided missiles.

The super tank also has several other unique features:

Welcome the release stats of Juggernaut:

The coming days in Tanki will be full of events. After the restart on July 20th several changes and additions are coming to the game.

After the restart a new offer will appear in the Shop with new XT-skins for Mammoth and Vulcan, plus 100,000 crystals! These skins will be also added to containers. At the same time the previous offer with skins will be removed from the Shop, and from that moment onwards you can find XT-skins for Wasp and Firebird only inside the containers.

New maps are coming to Matchmaking!

A new version of Sandal will be added to the list, and Massacre will become slightly larger.

We’ve adapted the map Sandal for standard battles. Now it’s noticeably longer due to the increased size of team bases.

Massacre has become a bit wider and longer. We’ve added a few lines of objects, which should make the landscape smoother. Playing on such a map will be more comfortable, and tanks will get stuck on the edges of map objects less often.

With the release we will introduce new changes to the Thunder and Shaft turrets, and will also change the Ranks at which supplies and PRO-battles are unlocked.

The full list of changes will be posted in Patch Notes later today.

Launch the game on July 20th and witness the terrifying might of the Juggernaut!