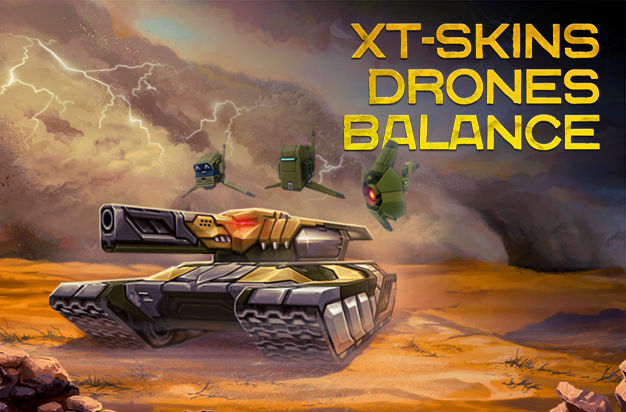 With the morning restart on June 23rd a big update will be released in the game. 3 new drones will become available for purchase, a new set of XT-skins and new kits will be added to the Shop and several changed will be made to the balance of turrets and maps.

New skins in the Shop

Additionally, we will also change the parameters of the old drones:

Detailed parameters of the new drones and tweaks to the old will be soon added to the Wiki.

With the release we will also introduce changes to Isida and Freeze turrets.

New kits in the Shop

With the restart new Kits will be added to the Shop: