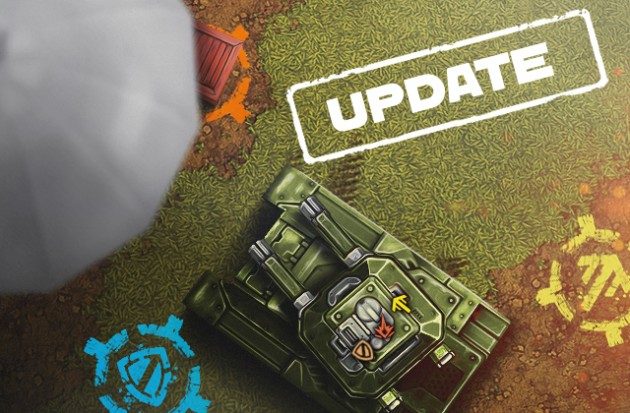 Tomorrow, February 23rd after morning restart a new update will be released and it will finally bring new battle indicators! Here’s what’s coming:

When update goes live 02:00 UTC February 23rd, you will be able to create PRO battles on the Stadium map in Rugby mode.

Make your own competitions or even parkour with the ball in space — the sky is the limit!

As we continue to work on updating the maps, one of the oldest maps in the game has received a few changes, and it’s Kungur. Several houses on the Blue base, which were often used by flag carriers for hiding, have been moved. Now, it’s no longer possible to just camp in them. We think this change is fair, and makes team play on Kungur more balanced, since the Red team doesn’t have such tactical hiding spots.

Also for the duration of the global event “War” a new chat channel with the same name was added to the game, so it’s easier for factions to coordinate their actions.

We have also fixed the bug, where a player with the flag could be destroyed and then would spawn with the flag or the ball still in possession.

These are the changes that will go live on Friday, February 23rd with server restart at 02:00 UTC. We look forward to your feedback on the new indicators and later today we have one more event to share, so follow the news on the Forum and see you on the battlefield!