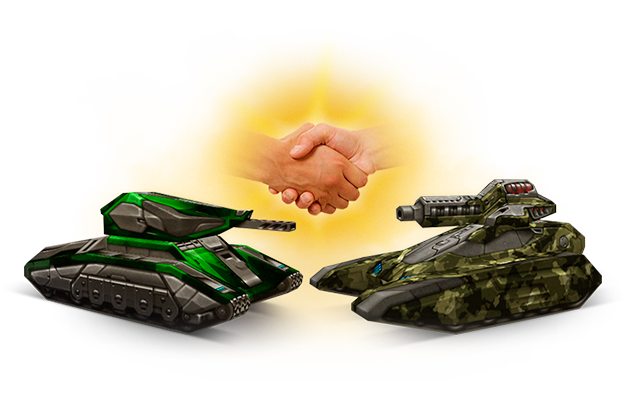 We thank you for your feedback on the new maps and will continue to test and balance them in the future updates, but before they arrive, we’ve made a few improvements to the Friends List and how cheaters are handled in battles.

Let’s start with the Friends List, and how the new changes will help you avoid spam.

After server restart at 02:00 UTC on Thursday, December 7th, Friend Lists will have a maximum number of 300 active friends and 50 incoming friend requests.

This means that if you already have 50 requests in your inbox, and a player tries to send you a new friend request they will get an error saying your friend requests are full right now. At the same time, the list of all friend requests sent will be removed, to improve performance.

If you already have more than 300 friends, only friends that haven’t played for longer than 6 months will be removed from your Friends List, and if someone didn’t play for more than 1 year, only their personal Friends List will be cleared.

Friends List changes and 300 friends limit are coming to the game to reduce lag and improve server stability, since at the moment, all players in the game can look at the profile of another player and add extra work for the servers and impact ongoing battles, chat and Battle List.

We hope you will notice the improvement!

NOTE: After server restart at 02:00 UTC December 7th all friend requests (both sent and received) will be cleared, but this will happen only once, after the restart.

Right now we are also working on preventing most common hacks and to help stop the hackers we are changing how you can report these players.

After the restart at 02:00 UTC on December 7th when a player is reported for cheating in any battle it will no longer create a message in the battle saying a moderator is coming.

The reports will work as usual, and Battle Mods will join the battle to see who is breaking the rules, but after the restart it will be much harder for cheaters to run away.

With the update we will also add protection against jump hacks to the anti-cheat system, which will help us stop the hackers from stealing Golds in the future.

Want to share your thoughts on the new update?

Join other tankers on the Forum!

Discuss in the forum
News
Ultra Weekend January 21st – 23rd
V-LOG 327
A token of apology
Ultra Weekend January 14th – 16th
Catch the Snowman
All news
©2010-2022 Alternativa Game Ltd. All rights reserved. Published by APL Publishing Ltd.
Search
Announcement type: All Events Videos News
Request to customer service
You don't have an email address linked to your account. You will need to have it linked in order to send a request to our customer support service.