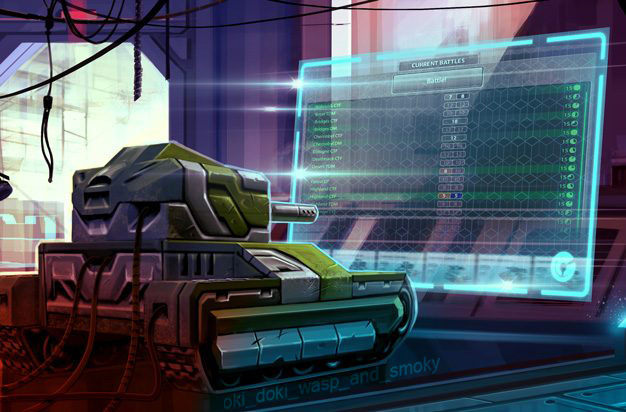 After server maintenance at 02:00 UTC on October 12th all game servers will receive a big update – Unified Battle List and Chat Channels. We’ll share what to expect from this important release below.

From the beginning game servers in Tanki Online were isolated from each other. To find the battle you want, often you had to spend a lot of time switching between servers and scrolling through the lists.

With Unified Battle List you will no longer need to manually switch between servers. All battles created along all servers, including regular and PRO-battles, now will be shown in the same list of active battles. Join the battle you like, and while the game is loading you will be automatically transferred to the correct server.

With the introduction of the unified battle list there’s no need to have separated chats for each server, and to make chatting easier, in-game chat will be unified as well – all messages from all servers will be sent to the same chat.

Of course, when everyone speaks in the same place at the same time, chatting could be problematic. This is why we’re also introducing thematic chat channels.

Instead of the “Chat” button in the game lobby, you will now see the button to choose a chat channel. Pressing on the button will open a list of available channels, and each channel is a chat in itself. As always, you can access chat after the Master Sergeant rank and up. The chat rules and language selection remain the same as before, including public and private messages.

With the update released you will be able to access the following channels:

If you have ideas for new chat channels or feedback on the current list of channels – we welcome them in this topic.

Launch the game after server maintenance on October 12th and join the new and easy to use Unified Battle List, try out the new Chat and tell us what you think!

Q: Will the regular, non-PRO battles remain in the Unified Battle List?

Q: Will I be able to filter the Unified Battle List by choosing only PRO or non-PRO battles?

A: No. You will be able to filter the list as before, choosing battle modes – DM, TDM, CTF, CP.

Q: I got disconnected, lagged out or closed the browser/client, how can I return to the same battle and not lose progress?

A: You can simply launch the game again, and you will return to the same battle.

A: Probably, you haven’t reached the rank of Master Sergeant yet.

Q: How to use Chat channels in battle?

A: The updates affects only the in-game lobby chat, and does not change how battle chat works.

Q: Can I discuss other things than what the name of the chat channels says?

A: Yes, you can. We do not stop you from discussing other topics and don’t punish for it. Chan channels are recommendations for everyone in the chat.