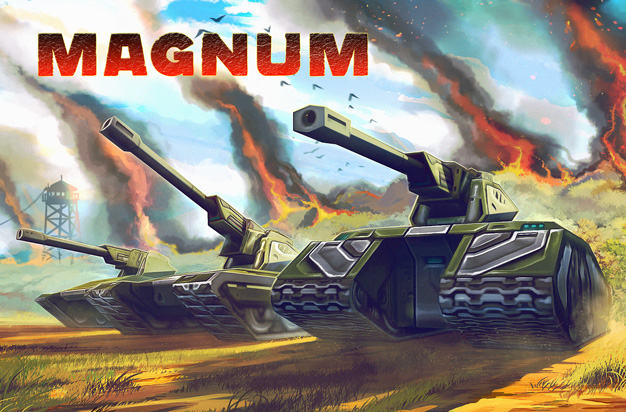 The new Magnum artillery turret will be hitting the game after tomorrow’s scheduled server maintenance. To celebrate, we’ll be giving away 7 fully micro-upgraded Magnum turrets, Protection Modules, and loads of Gold Boxes.

Here’s how you can enter the giveaway:

Every day, from 21:00 UTC on Wednesday 22nd March, till 20:59 UTC on Wednesday 29th March, we’ll be compiling a list of those players who have made a minimum of 250 kills, 500 kills, and 1000 kills during that day. For their skill and dedication in hitting these kill tiers, players will receive the following reward:

But more importantly, every day we will randomly pick one tanker from the list of players who have made more than 500 kills. This lucky tanker will receive the new Magnum turret, fully micro-upgraded at his/her level!

The nicknames of the lucky winners of the Magnum turret will be announced daily. We’ll also be announcing the number of tankers who have hit each reward tier.

So, start warming up your engines and oiling your turrets to enter our 7 day giveaway for the new Magnum turret and reward bundle!