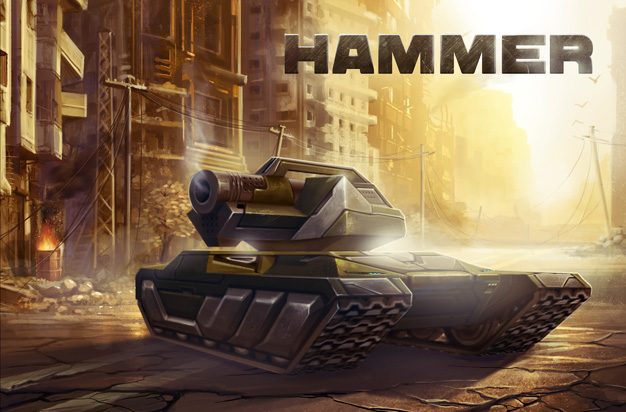 With tomorrow’s release at 02:00 UTC, we’ll be updating the game with a few small but important changes in weapon balance.

This time, we’ll be making changes to Isida, Hammer and Shaft.

We want to make a bigger distinction between Isida’s roles of “fighter” and “medic”. For this reason, we have completely removed self-healing. So, after the update, Isida will no longer be able to use “vampirism”, which will fix the issue with exaggerated self-healing using supplies.

To compensate for the removal of the self-healing mechanic, the update will greatly increased Isida’s damage, giving it the highest DPM among the other close-combat weapons Freeze and Firebird. And to make targeting easier, we’ll also be narrowing its attack cone slightly. There will also be changes in Isida’s Alterations.

Careful analysis of Hammer over a period of time has shown us that the weapon is too powerful when compared to other turrets. So, we’ll be increasing the reload speed between shots, but reloading your clip will take longer.

Please note that this change will increase the negative effect of the alteration “High capacity drum.” Moreover, the time between shots will be increased for this alteration.

The second important change is that we’ll be decreasing the number of pellets in each shot from 21 to 9. The damage and effect of the pellets that were removed, will be distributed among the remaining pellets, keeping Hammer’s power and damage unchanged.  However, with less pellets per shot, the cost of missing will now be higher, so players will now have to aim more carefully.

Ricocheting pellets gives Hammer new gameplay mechanics that were previously only available to owners of Ricochet. Imagine a Hammer that works like Ricochet, but fires 9 small charges instead of a single big one.

We want to further emphasize Shaft’s role as an effective sniper, while still keeping it effective in close combat. For this reason, the Shaft’s maximum damage in sniper mode will be increased to a level that will allow it to one-shot kill medium tanks that are at the turret’s same upgrade level.

Additionally, the time for fully charging a shot will be increased by 1 second, while the energy gauge will take 2 seconds longer to fill up completely.

There will also be a few changes in arcade shooting mode. We will decrease the damage of arcade shots according to the distance from the target, like for Smoky and Thunder.

Finally, the movement speed for the sight and zoom in sniper mode will be slowed down slightly to make them more manageable.

So, make sure you log into the game tomorrow after 02:00 UTC and check out the changes from this update. For more details, please check the Patch Notes.