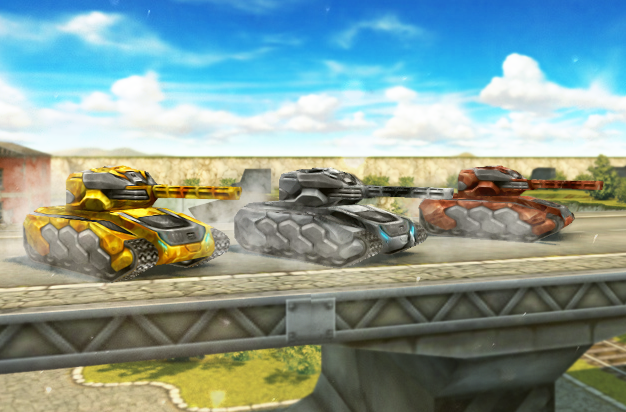 Season 3 of Star Series has come to an end! Last week we witnessed 6 adrenaline-fuelled matches, packed with dramatic moments, amazing skill and unbreakable determination. Let’s review this amazing week and once again enjoy the stellar performance of the top teams in Tanki, as they battle it out like their own lives were at stake.

The confrontation between GGWP and All In in the first semi-final was one of the shortest matches in the play-offs: GGWP needed just 4 rounds to prove their superiority. All In were desperately trying to fight back, sometimes even leading in score. At the end though, they didn’t manage to withstand the unstoppable momentum of their European opponents.

It took Psychos a little longer to bring the second semi-final to a sensational end, pushing Arcade into the loser bracket. This match was a significant threat for the reigning champions, as Psychos were entering the finals for the first time in their history, and nobody knew exactly what to expect from these underdogs. In the end, Psychos displayed exceptional teamplay and steel nerves — qualities that Arcade are famous for, but lacked that evening.

The winner bracket finals featured the winners of the semi-finals — GGWP and Psychos. The extra day for training, plus the unshakeable self-confidence, were probably instrumental to GGWP winning this match. Additionally, Psychos were not displaying their full strength, even though they tried really hard in each round. The match had to be stopped due to server lag, at which point GGWP were leading 2:0. With the match being continued the next day, GGWP secured a victory and their ticket to the grand final.

In the meantime, Arcade and All In were getting ready for their upcoming confrontation. There was no room for mistakes this time, so the early stages of the battle were all about defense. Both teams moved with extreme caution, and the first flag was eventually captured after 22 very long minutes. But once the first flag was captured, that’s when the real show began! In the end, Arcade managed to properly focus and bring the confrontation to a close with a confident victory.

In the next match, Arcade were eager to take their revenge on Psychos, but didn’t manage to do that right from the start. It took more than an hour to play all the standard rounds and there still was no clear winner. The two teams had to play an extra penalty round on Sandbox, with the first team to capture 5 flags being declared the winner. This is where Arcade’s colossal experience and numerous victories prevailed over Psychos’ youth. Last year’s champions secured their place as the second grand finalist.

GGWP started the decisive match of the season with a head start of 1:0 due to not having suffered any defeats earlier. This did not discourage Arcade. On the contrary, they stepped up their combat skills to an all-new level. Arcade’s newfound power took GGWP completely by surprise, crushing them deeper and deeper into the ground with every passing moment. With victory clearly in their sights, Arcade went in for a decisive kill and finished off GGWP. Arcade are now the Star Series champions!

Here are the closing positions and rewards for the season:

1st place — Arcade eSports receive the Champion paint and $12000 USD. Arcade are claiming this title for the third time in a row. Not even 5 losses at group stage could stop them from becoming the best team for this season.
2nd place — GGWP.PRO receive the Silver paint and $8000 USD per team. Alongside Arcade, GGWP participated in the play-off stage of every Star Series season so far. This season’s result is the highest for this team, previously known as Can’t Stop.
3rd place — Psychos.pro receive the Bronze paint and $5000 USD per team. Honored with the unofficial title of “Breakthrough of the Season”, very few imagined Psychos would be progressing so quickly.
4th place — All In receive the Acid paint and $4000 USD per team. They are once again back in the Top 4, maintaining their result from August 2014.

Very soon, we’ll be witnessing more epic matches, as Husky and Wood’s defend their place in Star Series against the onslaught of ambitious tankers from Pro Series. Follow the news on our esports site!