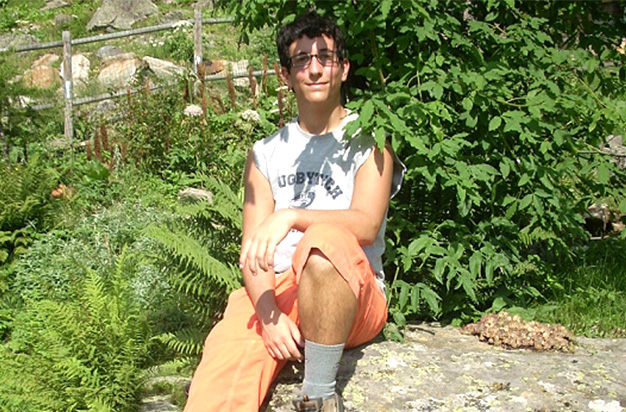 We’ve told you time and time again how Tanki Online owes a big chunk of its success to our Helpers Team. For this issue of the TO Insider Series, we’d like you to meet one of the top guys in this team. His name is Simone, and he’s about to tell you all about how his passion for helping people has found a fulfilling outlet in this game we love so much.

But Simone takes his passion a lot further than you’d expect. Find out more in the interview below.

Please introduce yourself and tell us about your role in the game.
Hello everyone, I’m Issho Fujitora, also known as BarbaFenner89, but in Tanki Online I’m simply ‘Simone’. I’m a voluntary Consultant and Facebook Moderators Administrator, as well as a Chat and Forum Moderator. Nice to meet you all!

How long have you been with Tanki? How did you find out about it in the first place?
I still remember the first day I discovered Tanki. It was a boring afternoon and I’d been playing some random PC game or other. I decided to roam the net in search of something new; an “online challenge” if you will.

A friend suggested Tanki Online, so I decided to give it a go. It had an old style interface at the time, and it was a bit hard to find the proper way to play and win due to the high level of skill of the players I was competing against. But I immediately found it challenging and realized this was something I could really sink my teeth into. Since then I’ve never looked back! I’ve now been playing Tanki Online since early 2011, and this year I have celebrated my 3rd ‘In-Game Birthday’.

In your opinion , what is the best thing about Tanki?
Variety – this single, simple keyword encapsulates everything that’s amazing about this game.
There are so many different combinations of hulls, turrets and paint jobs, and a huge variety of maps and battle strategies depending on the game mode. Even the community itself is composed of a huge number of users, all having a unique and amazing personality! If you’re up for meeting new people, Tanki is an awesome place for that!

How did you choose your nickname? Does it have a specific meaning?
My nickname was chosen carefully after thinking about an ideal I share with one of my favourite characters from the Manga/Anime show, ‘One Piece’. The character in question is ‘Issho Fujitora’, the Admiral of the Marines. He is blind, but considers his blindness a gift: “In this world, there are many horrible things that you do not want to see.”

I completely agree with this quote. His words carry meaning and weight for me in terms of the game, and also in real life. My mission in both is to oppose violators and protect players from the ‘horrible things’ that could harm them. This philosophy has also led me to become a volunteer for Civil Protection, an organization that assists people during natural events and disasters.

How did you manage to become a helper for Tanki Online?
It was a long journey, and I still remember every step.

I applied for the post of Advertising Agent for a Tanki Online esports project in May 2012. After some weeks of hard work and commitment, I was asked to become the Agents’ Admin because of my efficiency and ability to organise and setup my work, day by day.

After the direction of Tanki Online esports changed in the middle of July 2012, I applied to become a Consultant, and at the end of August I was promoted to Full Consultant. In April 2013, after celebrating my 18th Birthday, I applied to become a Forum Moderator, and was accepted. During the period between September and December 2013, I had a bit of a break to organize my life around university. I returned to Tanki at the beginning of January 2014.

During May 2014, I was unexpectedly contacted by Semyon. He asked me whether I would be interested in becoming an Administrator for the EN Community. The rest of my story is here to be witnessed everyday 🙂

Have you ever come across any funny or weird things while working as a member of the game helpers team? Do you get positive feedback on your work and the help you provide tankers with?
I often receive suggestions and feedback from players related to how I (and other staff members in general) should interact with the community. Many users prefer a formal and direct dialogue, while others like an informal and friendly conversation. With all the information we’ve gathered, we’ve formed a communications strategy that we hope will make everyone feel welcome.

During my years with Tanki, I’ve seen many funny and weird things – photos, videos, gifs, or even quotes and long heated arguments! It’s a daily thing when you’re on the front line, dealing with fans; you never know what you’re going to come across next!

Why is Tanki important to you?
Tanki is a huge community that gives all those involved a great opportunity to meet new friends, and challenge fellow players to epically fun online battles. It’s a place where you can share your spare time with other likeminded users whom you would never normally meet in real life. That can be a wonderful thing!

Tanki is important to me because of the life lessons I’ve learned by being involved in this community, and also because of all my fantastic colleagues – FRIENDS – that I’ve gotten to work with for so many years!

What do you do outside of the game? Do you have other hobbies?
I’m currently a 2nd year Chemistry student at University. I also work as a Chemistry Laboratory Teacher for children between the ages of 5 and 17. During summer, I’m a Lifeguard (been one for more than 3 years now) and when disaster strikes, I volunteer in the Civil Protection Service.

In my spare time and/or during my vacation, I love going on trips to the mountains. I live close to the foot of the Alps, so they’re not far for me to visit. During the winter I go skiing there as well, but I plan on switching to snowboarding next season as it sounds more challenging! I also love walking, and experiencing nature all around me.

Something you’d like to say to the community?
Enjoy your lives! Don’t let other people get you down, ever. If you’re open minded, and willing to study and learn new things, don’t listen to those who tell you to do the opposite; they are the ones who are wrong, not you!