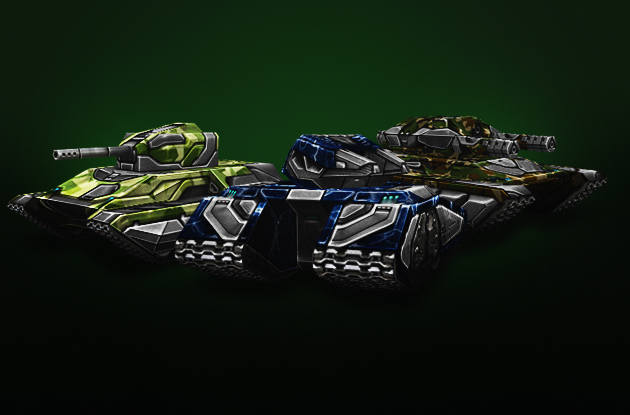 Wait! Don’t go on to the next page just yet. I know, this review will be summarizing the three most expensive paints one can purchase in the game, totaling to three quarters of a million crystals in total. Like every dedicated tanker, though, you will eventually come to a point in time where you have saved enough crystals to purchase one, maybe two of these whoppers of a protection complex. For that time, whether it be when you reach Generalissimo, or your next payday, I hope this review will help answer some of your questions as to which one to get. After all, you don’t want to invest 175+$ worth of crystals in the paint that is wrong for you!

This is the big one; The one paint in the garage every aspiring tanker yearns to be able to put on their tank one day, and dominate the battle with. It offers a wide variety of protections, useful in nearly every battle map and size. And it should, for a whopping 276000 crystals! Large map-scale fighters will find the 30% Shaft, 25% Railgun, and 20% Thunder resistances most useful, while mid-to-small scale map frequenters will be relying more heavily upon the 20% Freeze and Thunder protection, and occasionally the resistance against Railgun.

Picasso is made for people who don’t have one, single position in every game they partake in. It is arguably the most versatile and flexible paint in all of Tankionline, as it can be effectively used by attackers, defenders, and midfielders alike. It is not meant for sustained beatings, however- none of the paint’s stats are remarkably high, considered just about average at the highest level of battles. For this reason, tanks equipped with Picasso should be able to move around quickly, as to get out of enemies’ sights, exposing itself to a minimal number of shots at a time. Due to these points, I would recommend this paint for ‘overall’ players, who go for different positions depending on the game mode and map, and also what their team needs. It is not meant to sustain long beatings! The most effective hulls for such a player would be in the medium class, with a good balance between health to compensate for the average statistics of the paints’ plethora of resistances, and enough speed to get out of the line of fire if needed; in other words, Dictator, Viking and Hunter. Weapons preferred would be medium to close ranged, such as Twins, Smoky, Thunder and even Ricochet, provided you use its bullets special ‘bouncing’ effect to your health’s advantage. Buying the ‘Medium Tank M3’ kit would be a smart decision, if you ever happen to have that many crystals handy at a given time. Again though, Picasso can be used very effectively with any tank and weapon combination, provided one knows how to use its unique variety of protection to his or her advantage.

This electrifying paint is for masters of melee (close-range combat). Zeus has an average resistance to Freeze and Smoky (25% each), with its outstanding characteristic in its protection against Firebird, the flaming scourge of the game, which all players have learned to avoid due to its more-than-annoying burning effect. 50% is a staggering number to wield against what many would call the most powerful close-range weapon in the game. This paint literally reduces an M3 Firebird’s attack in half, making it less effective than an M1 Firebird against a protection-less paint. That, in addition to its other characteristics, makes this paint a force to be reckoned with when a tank bearing it is going for your flag.

This paint is designed to be used by players who like getting up in their opponents’ chassis, and destroying them with a fast-acting close range weapon, en route to a flag. While it does have Smoky protection to a mediocre degree, don’t let it encourage you to put a Shaft on and snipe your enemies from afar – it’d be more effective being put into use in the enemy’s base, where the guard Smokies have had to turn around from their distant posts, unable to stop you from entering their base. The best tanks for this jewel of a paint job would be ones already decked out with enormous amounts of health; they take an unbelievably long time to kill in an un-mined base, all while dealing enormous amounts of damage with close range weapons of its own. Idea weapons to use with Zeus would be twins, Firebird and Freeze. Isida would not be a particularly good choice, as you could always be slowed down by a Freeze with a range greater than your own, leaving you like a sitting, obese duck in the middle of an area of hostiles, who are happy to share their ammunition with your hull. Thunder is not advisable due to its splash damage, which can be manipulated to your disadvantage in close range quarters. In short, Zeus is best used for flag carriers and close-range fighters with heavy tanks.

At 250 000 crystals, this paint, with its 30% Railgun, 20% Thunder, and 50% Ricochet protections, is the ideal paint for medium distance firefights. While its obviously intended weapon is Ricochet, do not overlook its other attributes – 30% off a Railgun shot can save you nearly 50 health points! And any double digit resistance to Thunder is always a plus for anyone.

As there is no real close-range protection included here, the best position on the battlefield for a Clay user would be in the middle, aggressively attacking adversaries at will, and even flanking a charge for the flag! Everyone knows how annoying Ricochets can be when they get too close, with their quick rate of fire and high impact force. If you have Clay on, though, don’t worry about half as much – literally! Don’t hesitate to stay exposed to a Rico’s line of fire if you have a fast-shooting weapon of your own- you’ll most likely kill him first, with your awesome paint giving you the same advantage a double armor power up would give you! It’s Railgun and Thunder protections lend themselves to a midfield position, as well, as that is where most Rails and ‘groms’ will be aiming their shots for the majority of battles. Playing with Clay at a long range, or around your own base would not be doing it or your spent crystals justice, unless your team is constantly under siege by the opposition. Ideal tanks to use with this paint would have a decent amount of speed to get you where you want to go (like a close-range sniping spot), and enough HP to take a few volleys of fire. So, Dictator, Viking, Hunter and even Hornet would be smart choices to go with. Even Titan would do alright, if the situation calls for one. Good weapons with Clay would be able to reach your attackers in the opposing midfield, so Twins, Thunder, Ricochet and even Smoky would be ideal.

Hope this helps! See you on the battlefield, tankers!