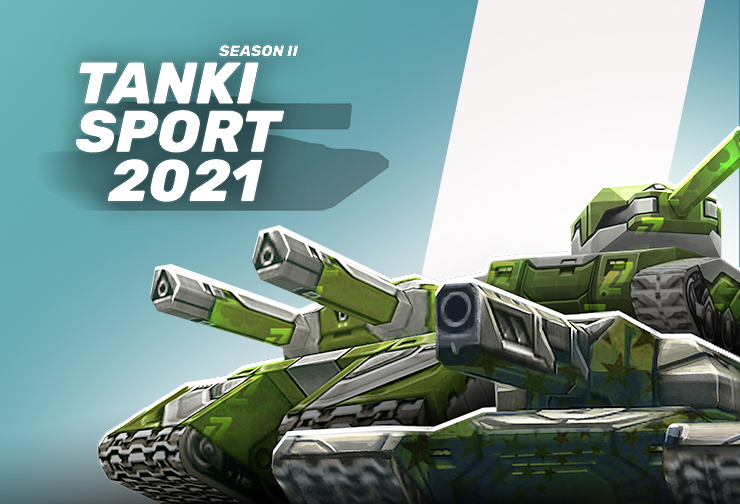 It’s time to cheer for your favorite eSports team, feel like a real analyst, and win a couple of dozen containers! Starting from Tuesday, June 15th, 6 days of exciting hot battles await you.

After weeks of battles through the qualifying tournaments and the group stage, Team Pointers, Banguins, Revenge, and Guardians proceeded to the finals.

Now, just 6 matches remain before we will find out who will become the champion of TankiSport 2021 Season II tournament and earn the unique Star paint together with the unique protection module with 20% resistance from all turrets and mines.

This time you can support your favorite teams not only during the official livestreams but also right in the game!

Starting from Friday, June 4th at 02:00 UTC till Tuesday, June 15th at 9:00 UTC, you can purchase a paint in the Shop with the name of the team you support. Choose carefully –  if you buy one of the paints, the others will become unavailable to purchase.

Note: The paints will be removed before the playoffs of the next tournament.

As soon as the paints disappear from the Shop, fan fights will begin! The more stars you earn, the more containers you will receive after the end of the tournament. You do not have to play with the fan paint equipped, but it’s a great way to cheer for your favourite team!

That’s not all. Got a favorite team for a specific match? Vote on the match results every day till 15 UTC on the special website starting from Tuesday, June 15th till Sunday, June 20th, and receive an additional 2 containers if the team that you have voted for wins. Join our livestreams everyday at 17 UTC during the event to see the action and find out who won bright and early while snagging a couple bonus promo codes.

Requirements to vote. You have:

Important: Players who use Google, Facebook, or other social media handles to enter the game will only be able to take part in the event after receiving a password via help@tankionline.com.

Important: After you clicked on the “Confirm” button, your choice is saved and cannot be changed.

Here are the dates for each of the upcoming matches:

Become a fan of one of the teams right now; go straight to the Shop to show your support!

News
Ultra Weekend May 20th – 22nd
Tanki Online V-LOG: Episode 341
YouTubers VS Developers
Ultra Weekend May 13th – 15th
Tanki Online V-LOG: Episode 340
All news
©2010-2022 Alternativa Game Ltd. All rights reserved. Published by APL Publishing Ltd.
Search
Announcement type: All Events Videos News
Request to customer service
You don't have an email address linked to your account. You will need to have it linked in order to send a request to our customer support service.