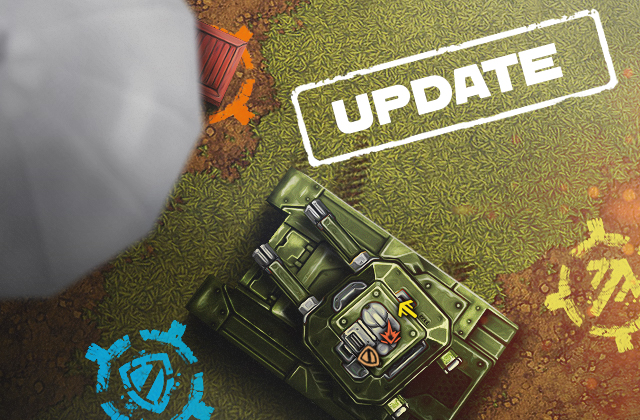 Last Saturday, many of you spent a lot of time on the special Halloween map. And of course, you witnessed (or maybe you were part of) the invasion of Mammoth goldbox hunters.

It’s time to deal with this issue, so with tomorrow’s server restart, on October 31st at 02:00 UTC, we’ll be implementing some important balance changes to Overdrives and Alterations.

Mammoth’s overdrive will no longer make it invincible. This means that while its overdrive is active, Mammoth will not be immune from damage and physical impact.

However, to compensate for taking away invincibility, we’ll be adding some other useful features.

Just one change, which we’ve already told you about above. Wasp’s overdrive will no longer deactivate Mammoth’s overdrive.

Damage penalty will be decreased from 50% to 30%, freezing speed will be 3X faster, instead of 2X as before. This means that with this alteration, Freeze will freeze opponents faster, and lose less damage than before.

Maximum projectile speed penalty will be removed. Projectiles will be as fast as without this alteration.

Aiming time penalty will be decreased from 40% to 30%.

Decreased number of projectiles to 2.

Max projectile speed limit of 350 m/s will be added.

Vertical auto aim penalty will be cut by 50% to make Vulcan more effective on multi-level maps when using this alteration.

Damage per second penalty will be decreased by ¼ to 15%.

We continue to develop and polish the new HTML5 version of the game.

Tomorrow, October 31st, we’re finally adding the feature for control remapping. Moreover, the new HTML5 version will also start working in browsers that support version 1 of WebGL technology, not just the second version. This means that more players will be able to enjoy our new HTML5 version, even those who play on outdated PCs.

Enter the game and check out the new features!