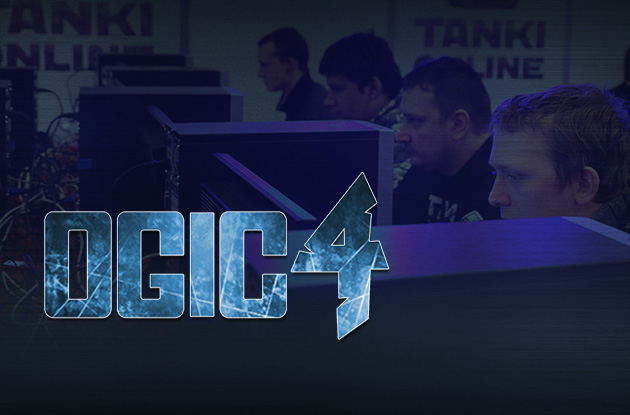 OGIC 4, the biggest gaming event of Saint Petersburg, took place on March 15 and 16. This was the fourth time people from the city, other places of Russia and other countries got together to take part in tournaments held in several disciplines. They were Counter-Strike, Starcraft, Dota 2, games from Wargaming and many more. Tanki Online took part in the event for the first time, but still in a big way! One of the largest stands, a huge number of participants and certainly the best prizes. More than 300 people took part in the tournament in two days. We held 20 qualifying battles, 2 semifinals and 1 final battle.

All battles were played in Deathmatch mode and lasted for 15 minutes. Truly fast-paced combat. Unlike during the previous offline tournament, there were no prior registration at OGIC. Any person could sign up for the battle on the spot and fight their way to the finals. Interestingly, people of all ages wanted to test their skills — from 5 to 50 years old! And who said that Tanki Online is not a game for women? There were lots of beautiful girls and ladies out there! The tournament was separated into 2 days of never-ending action! Even defeated players could simply register once again and try their luck for the second time.
According to results of 20 qualifying battles, 40 semifinalists were determined. And only 20 of them were given a chance to win one of the main prizes!

Most interesting fights were streamed live on a big LCD panel at the stand, so everyone not playing was able to follow the battles in real time. The total prize pool for Tanki Online amounted to more than 100 000 rubles (around $3000). All people that got through the qualification stage won decent gaming headphones. Three best tankers of the tournament received 30 000, 20 000 and 10 000 rubles respectively.

The first place was taken by Victor Saranchyk. Victor is 13 years old, plays Tanki for around 2 years and is currently at the rank of General.
Julia Evseeva (layrica) and Mikhail Ershov (Benelly) managed to take second and third places.

Finally, here is a short video showing a bit more of OGIC 4 and the Tanki Online tournament.

In the meantime, we are already preparing another offline tournament. It will certainly be bigger and better than any of the previous ones. We’ll keep you informed!