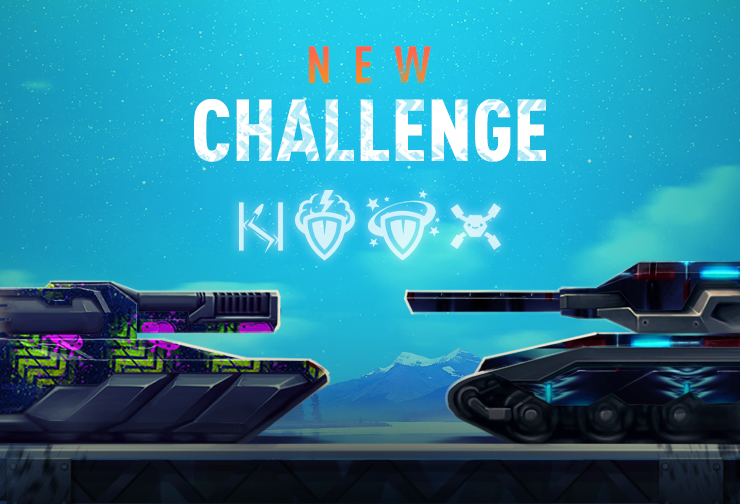 Stars can be earned in 2 ways, the first is by finishing Matchmaking battles. When a battle finishes, players who were in it will receive a number of Stars based on their position on the final scoreboard, and whether their team won or lost (this does not apply to solo battle modes such as JGR and DM).

In addition, mobile players have a unique way to earn stars, called “micro-missions”. These are easier missions in battle, such as deal damage, capture a flag/ball/points, or kill enemy tanks, but in exchange, mobile players get no stars from their position on the scoreboard after finishing battles.

In addition to the Crystals, Supplies, Batteries and other goodies that you’ve come to expect, this month’s Challenge features the following special rewards:

And of course, don’t forget the grand prizes in the final stage: 100 Tankoins (Silver Tier) and a Skin container (Gold Tier, which requires the Battle Pass).

So, log into the game on Friday (April 16th) and start collecting those Stars!