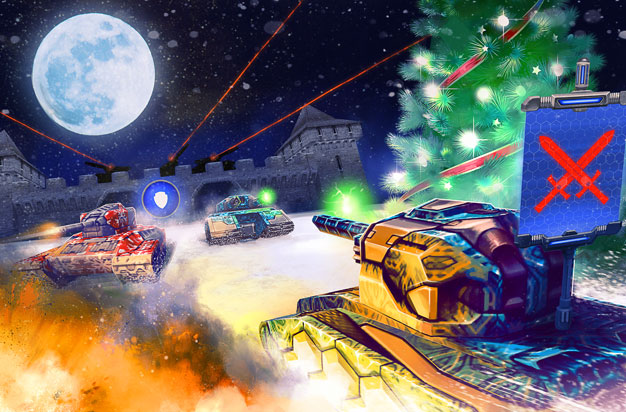 Earlier we announced a new mode — Assault — that will be added to the game soon.

Good news! After server restart on Wednesday, 02:00 UTC December 13th, Assault mode will be released — just in time for the holidays!

To remind you, the new mode will be available only on the new maps, meaning you will be able to access Assault by pressing “Play!” on the game mode button in the Lobby.

In Assault mode the blue team defends, and the red team — attacks. Defence needs to protect a point where the attackers want to plant a flag. It’s very simple, but super fun! In PRO-battles the mode will appear only after new maps are added to PRO-battles.

After analyzing data from the most recent update, we’ve also made a few changes to the new maps, to improve team balance in time for the release of Assault.

Join the new battles tomorrow and tell us what you think about the new mode!

Discuss in the forum
News
Alternative way to update TO Mobile
TO Mobile Update Issues
Halloween Selfie Gold Box Contest
V-LOG 318
HallowMINE 2021
All news
©2010-2021 Alternativa Game Ltd. All rights reserved. Published by APL Publishing Ltd.
Search
Announcement type: All Events Videos News
Request to customer service
You don't have an email address linked to your account. You will need to have it linked in order to send a request to our customer support service.