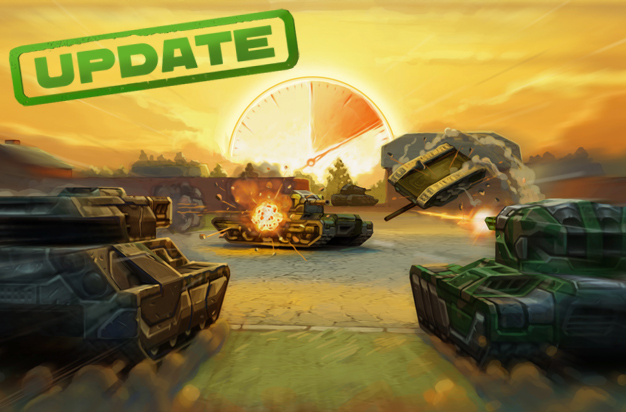 Starting from today, tankers will be able to split the battle fund without waiting for the end of a battle where the outcome is obvious.

This is how it works: if a battle is not PRO, and one team in it is accumulating score at least 10 times faster than its opponent, the standard battle timer gets replaced with a special one. Once the special timer has reached zero, the round will be over and the fund will be split earlier.

If the losing team starts working together and accumulating the score faster, the normal timer returns and the battle proceeds as normal.

Now, winners will not need to wait till the battle ends, if their opponents are inactive or have left. Losers can get their share of the battle fund faster and start playing a new round, or find a more suitable battle.

More information on how the mechanism works can be found on our wiki. Make sure you share your impressions on the update in the forum and via the poll.