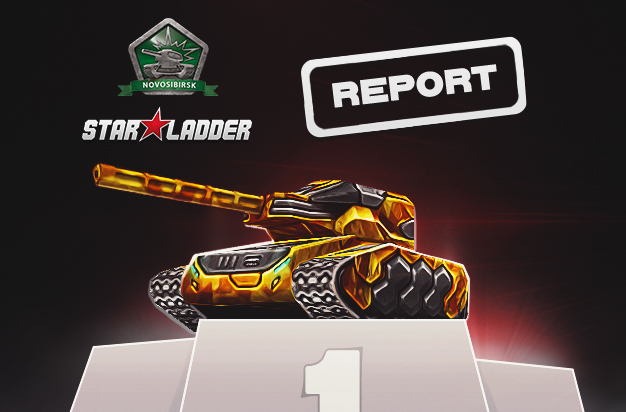 4 top teams, 500 tankers in the DM tournament, 1500 fans, a prize pool of 29,000 USD, and millions of crystals awarded; this is what our event in Novosibirsk will be remembered for!

Our journey to the heart of Siberia started on a Friday morning, on November 21. After several hours on a plane, there we were! Welcome to Novosibirsk! Preparing for the tournament was a lot of hard work. Our guys had to set up more than 100 PCs for tank battles, as well as prepare the scene, sound and lighting equipment, and the equipment for broadcasting live from the venue. The finalists of the elite esports league, Tanki Online Star Series, travelled to Novosibirsk Expo Centre from Russia, UK, Moldova, Ukraine, Armenia, Kazakhstan and Latvia. Their journey started with a dream of victory. Their favorite game was more than just a few hours of entertainment; it was a sport to take seriously. November 22 started with a morning of jokes and positive emotions. We really needed that, as we had a very challenging day ahead. There was a lot to fight for and to conquer too. The first ever Tanki Online LAN finals had a prize pool of 29,000 USD. Hundreds of fans joined in the excitement and adrenaline as the pros engaged in furious, unrelenting combat! Tanki videos and tournament battles were broadcast on a huge screen. Everything that was happening at the expo centre, including the battles of the LAN Finals, was streamed live to our Russian Twitch channel. After 8 hours of intense combat, the current top 4 teams of the game — Arcade eSports, Can’t Stop, Epic Guards and Angels&Demons — clashed in a dramatic showdown to finally determine the best of the best. Arcade eSports — formerly known as NooBest — forcefully snatched the title of Champions in the 2nd season of Star Series! Alongside the Star Series finals, we held a massive DM tournament for everyone who wanted to take part! A competition consisting of 4 stages attracted a total of 500 players. The top 3 tankers received real-money prizes! Of course, the tournament was not the only form of entertainment! There was a special game zone where anyone could experience the thrill of being a Generalissimo with a fully-stocked garage, loaded with the full range of equipment. Game designer Vladimir Kovtun was there, answering all sorts of questions from the audience. In breaks between tournaments, we organized all sorts of contests and events. Winners received stickers, badges, T-shirts, gaming gadgets, tons of supplies and crystals, turrets, hulls… and an iPad! Of course, if there’s a Tanki Online event happening, there’s definitely going to be a few memorable pics… or rather… a thousand! Each event of this sort is a whole new experience for us. This one will definitely be remembered for a long time. Who knows, maybe we’ll come to your city next!