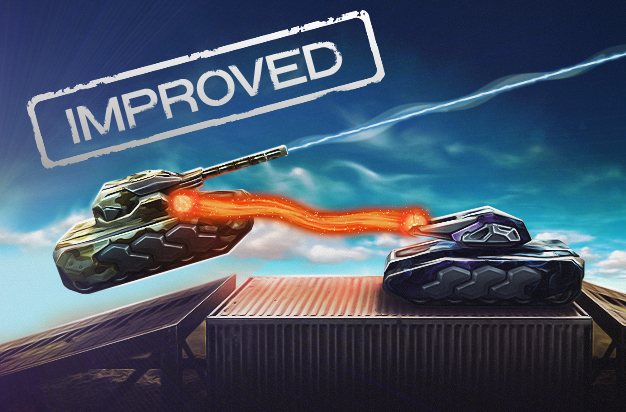 The new visual effects for Railgun and Isida are now in the game. Now, each tank fires its weapon in a way that represents its true functionality.

Isida’s effect used to look like an electric shock. However, its actual function is to repair or damage tanks using a stream of nano-bots. So the new visual effect reflects that.

Railgun’s current effect used to look like a laser turret. In reality, it fires electromagnetic projectiles. Its new visual effect is based on that idea.

Check them out and join the discussion in the forum!