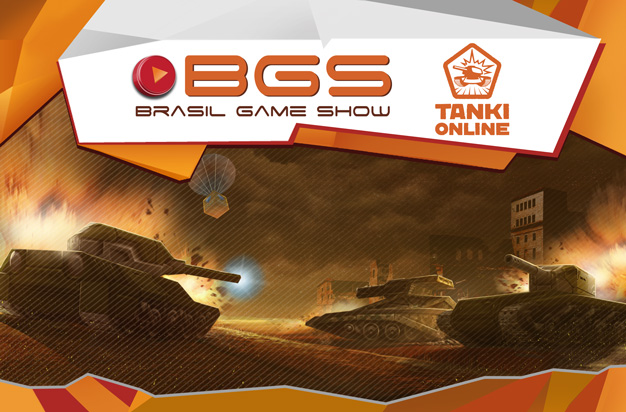 Between the 8 and 12 October, the Brazilian city of Sao Paulo hosted the 5th edition of the Brasil Game Show; an international games expo. This year saw a record 250 000 visitors, and double the usual space for booths and stands occupied by industry giants.

Our impressions? Absolute delight! An expo of this size is an excellent chance to try out games that will only be available in 2015. And then there’s the cosplay, booth babes, shows, prizes, gifts and never ending excitement! This is a real celebration of life, and we want to tell you all about it. Let’s start!

Thousands of square meters of entertainment, dozens of stands, several huge halls, and a whole lot of games. Nick, our video guru, was barely able to get his camera ready in time to take a pic of yet another famous video game character or unusual object! But above all, it’s all about games, right? This time, Tanki Online was at BGS too, alongside projects from Sony, Activision, EA, Ubisoft and other industry giants. Most of the stand was occupied by 20 gaming PCs, where every visitor could try the game and even take part in a tournament. Over 4 days at the expo, more than 2000 players joined the fight! A huge screen which was used for displaying trailers, gameplay videos and tournament streams. Our Dictator’n’Thunder attracted a lot of attention! People were taking pics next to it, over and over again. Some visitors even got to play the game inside the tank itself! Between tournaments we had loads of contests and giveaways: stickers, T-shirts, gaming keyboards and headsets, as well as several iPads. Throughout the expo, our stand had over 20 000 visitors! So, Tanki has conquered yet another city. Who knows where our next adventure will take us!?