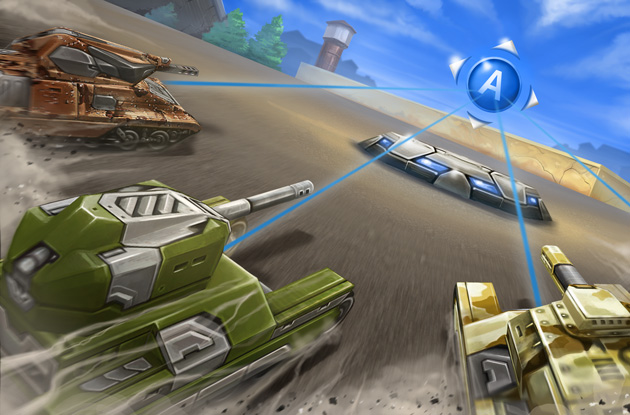 Tankers, we are happy to present you a whole package of updates we’ve been actively working on during the whole of May. Here are the details:

We have updated the Control Points mode. Now players respawn at their bases rather than at captured points. The only exception is Madness. Due to its size, we have kept respawns near the upper points.

Besides, CP is now available on all maps that support CTF.

Although the Fort Knox map is very popular, its geometry is pretty complex and may be troublesome to newbies. So for initial ranks, it has been replaced with simpler arenas: Sandal and Cross. Fort Knox is now available starting from the Corporal rank.

From now on, chats will become available from the 3rd rank (Gefreiter). Nothing will disturb newcomers from concentrating on the game and understanding basic tactics. This is also our first measure in dealing with users who create alternative accounts to be able to break the rules without being disciplined on their main account.

We have also changed the way the battle fund is split between team members. Each player will now receive a percentage of the battle fund, equal to the percentage of points he has contributed to his team’s battle score.
For example, winning 40 points in a team that has won a total of 100 crystals, will give you 40 crystals.
This only affects fund distribution between team members. The fund will be split between teams as usual.

Other small but useful improvements include:

That’s it. Time to enter the game and try out all the new and exciting changes! Don’t forget to share your impressions!