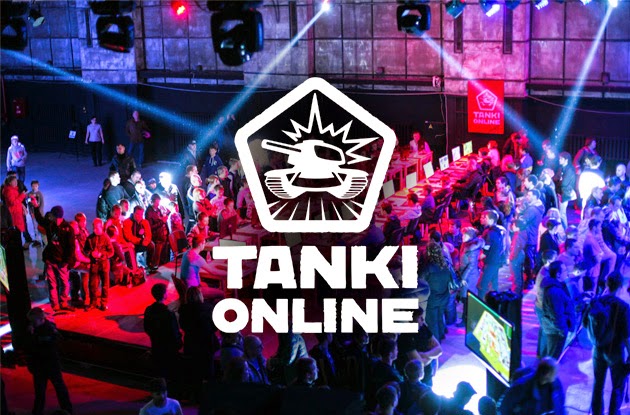 The largest offline TO-only tournament ever, with an attendance of over 500 people, was held last April on the 26th. It was hosted in Yekaterinburg, one of the largest cities in Russia. Our tankers battled it out inside the city’s film studio, a huge building with very high ceilings, loads of space and powerful lighting — all of which made it look just like a real tank hangar.

The main event opened with 12 qualifying battles, 6 in each of 2 game zones, leading into 2 semifinals. For the final battle, the best 20 tankers faced each other in a dramatic showdown. With so many talented tankers, the outcome remained unpredictable till the very end.

The third place was claimed by 15-year old Sergey Belikov. Although he struggled at first, an intelligent change in tactics allowed him to secure the third place on the podium.

Aleksandr Kursanin, 14 years old, from Lesnoy, has been playing Tanki for the past 3 years. His experience and skill brought him the second place.

And finally, the tournament’s absolute champion — Valery Korotaev. Although he maintained a very strong presence throughout the whole championship, his position was constantly and increasingly threatened by Aleksandr Kursanin and Sergey Belikov, who were steadily gaining ground on the score table. In the end, he overcame and conquered his fellow competitors through strong positional play and a bold tactical move — a complete change of equipment. Valery’s cybersport experience was definitely a strong factor in his performance and ultimate victory. He forms part of MiX, one of the best clans in TO.

Besides the tournament and main prizes, the event featured a number of exciting activities, including Q&A’s with the developers, and a host of secondary competitions. Players could take part in exciting tank races. These were held on a special racing map which was added to the game’s build for the occasion, together with 2 in-race paints offering 100% protection from everything. Players could still shoot each other to deal some physical impact -which is very useful in a race- but couldn’t do any damage. First to the finish line was declared winners. All participants received souvenirs from TO. Winners received a significant amount of crystals.

Traditionally, the tournament brought together a large variety of players, from children to the elderly, even whole families. Some had to travel nearly a thousand kilometers to take part in the event and meet their fellow tankers.

For instance, Yuri and Ilia Goncharov came from Yugorsk, travelling a total distance of almost 1000 kilometers! But distance is no obstacle for true love and passion!

Despite the bad weather (it snowed like in Lapland, which is strange in April even for Russia) more than 500 people participated. By 9 am the most impatient tankers had already gathered in the studio’s lobby. Some of them had learnt about the tournament just a few hours beforehand. Others had been preparing for weeks.

The tournament in Yekaterinburg is by far the biggest offline event in the history of Tanki Online. It is far superior to tournaments that took place in Perm and Saint Petersburg. Unlike the previous tournament, the Yekaterinburg tournament was a TO-only event rather than part of a bigger conference. We organised it exclusively for tankers.

One of the main challenges for the event, was to ensure a perfect setup for the game to run smoothly and flawlessly. This is why all battles were held on a specially designated test server, running a special build of the game, which was made specifically for this event.

Everyone had a great time, and the Tanki Online team has gained some invaluable experience in holding large-scale events.

As always, you can find the event and tournament highlights in the clip below. Enjoy!