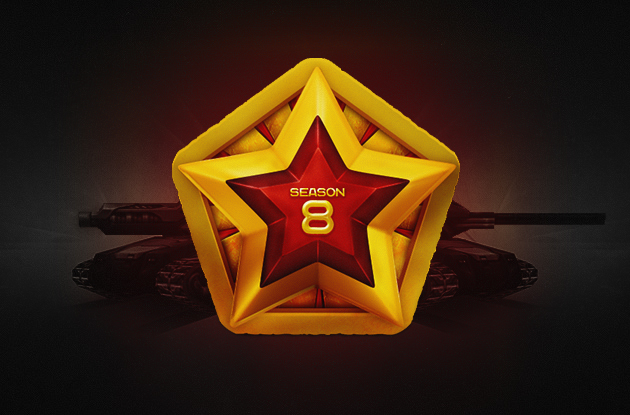 Didn’t follow the CC8 and need to know what happened? Want to know how the EN clans did? Wonder who is the champion? Here is a brief review of the Clan Championship 8 that will answer all three of those questions.

The best in the English community stood up well against Russian clans. We saw some good records and some not so good records in the Group Stages. CobraSkill (CSK), Dare Devils (DD), and The Skillers (TsR) were not able to make the cut. However, Arab Knights (AK) and Noob Army (NA), were able to clinch a spot in the play-offs and make a decent run for the
prizes.

Then our two star clans would have to face their first challenges all over again; Black Sharks (#5) knocked All In (#6) off the winners bracket (WB) sending them to face Arab Knights (#28) once more. Dawn of War (#4) would knock Chaos (#8) off the WB to face Noob Army (#21). Unfortunately, neither of our clans were able to win these rematches; resulting in them both being out of the tournament.

Although, they didn’t go home empty handed; AK and NA placed within the 9-16 prize pool category, granting each clan 2,000,000 crystals. Their special tournament paints, AK’s “Gladiator” and NA’s “Lucky 7”, were also stripped from their players to make room for “Acid.”

The Top League clans of the English Community did very well for their first time in the Clan Championship against the top Russian clans. You should be proud of them for doing as well as they did. Now you should also understand what a challenge the Top League can be, and what kind of pressure is on the clan leader(s) and players.

The Rest of the Tournament

We skip ahead to the finals in the Winners bracket; an unknowingly inevitable match up, MiX (#2) vs the undefeated NooBest (#1), who took the win. Though, they hadn’t won the tourney yet; they still had to face one more opponent from the LB.

The second best would fall to the fifteenth; Scorpions won, sending them to the super-finals to face the undefeated NooBest. This would come to be one of the best matches of the tournament.

Both clans obtained a 7-0 record in the group stages. Scorpions only hiccup was their defeat against Noobest. This trulymade choosing which paint to buy in the “Bet on a Clan” event a tough one. Either the light blue representing an upset win forScorpions, or the dark red paint and complete domination of NooBest.

The end result of the Superfinals; NooBest comes out on top winning the 8th season of the Clan Championship! Completely undefeated. This gave everyone who purchased the NooBest paint 3090 crystals.

Here is the list of who got what from the prize pool:

We hope you got what you needed to know from this. If you still have more questions, all the topics with this information about the CC8 are in the Cybersport Archives. If you want to see the super-finals or any other previously streamed CC8 matches, check out our CS channel.

Would also like to say goodbye to the clans we lost shortly after the group stages; CobraSkill and The Skillers (who re-opened in League 3 with their previous name, The Tank Breakers). We wish their former members good luck with their future endeavors.

Thanks for reading; hope you enjoyed.